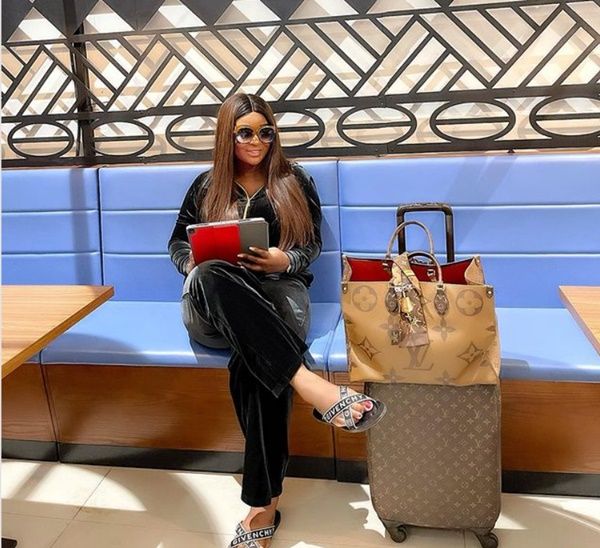 Finally, Jackie Appiah has released the official video of her huge mansion. The video gives a 360-degree view of the actress’s mansion.

The video shows the elegant architectural design of the mansion and its exquisite interior design. It shows its luxurious furnishing and other luxuries in the mansion.

Moreover, Jackie Appiah’s mansion has a state-of-the-art swimming pool, a walk-in closet, a grand luxury kitchen, office spaces, smart toilets and other smart devices, and a VIP area among other luxuries.

Nonetheless, not forgetting the huge stock of perfumes, clothes, bags, shoes and more. All these prove one thing, Jackie Appiah’s mansion is the most expensive celebrity mansion in Ghana.

Furthermore, the mansion is estimated to be worth millions of dollars. By this, Jackie Appiah’s mansion is a multimillion-dollar mansion.

Meanwhile, Jackie’s Appiah’s plush mansion is located at Trassaco, Accra. The actress released the video which captures the inside outs of her mansion following an initial video posted by Luchy Donalds.

Watch the official video of Jackie Appiah’s mansion below: