Home » I was addicted to hating my husband’s side chick 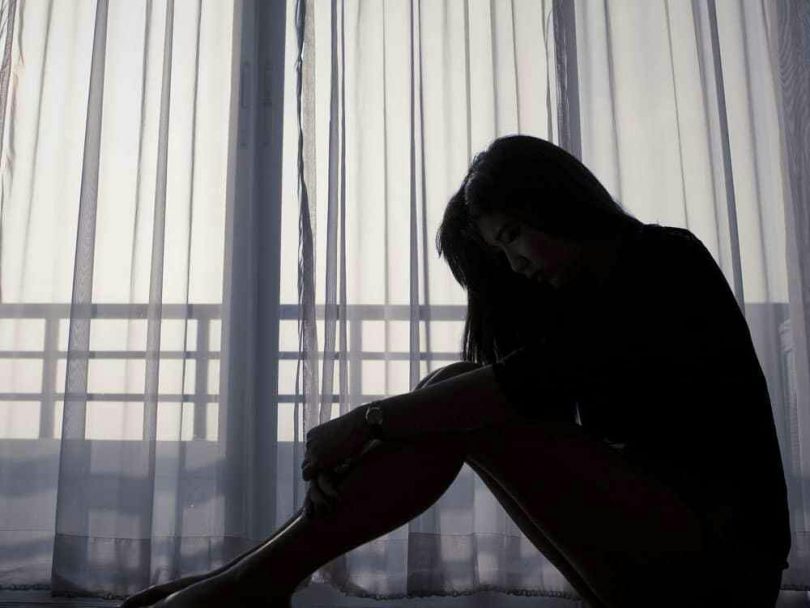 Gina, the competition. Gina, the woman from my husband’s past. Gina, now exploding into our marriage. Gina.

I didn’t hate the others, but my hate for her existed as soon as she became a reality in my life.

The others were just Botts dots along my marriage freeway — thumping sounds to warn of drifting into the wrong lane. But Gina was not a warning. She was a highway message board — big, flashing, LED arrow — alerting of a lane closure ahead.

Thanks to social media, Gina witnessed in real-time the fakery being conducted by her infatuated sweetheart. A family trip to a quaint, oceanside town occurred concurrently with their blossoming affair.

Gina saw his smile in my selfies taken during an early morning run. She saw him laughing while getting a piggyback ride from our son. She saw him riding side-by-side on a boogie board with our daughter through the Pacific Ocean waves.

She saw four smiles and two dogs at the center of a sunset family photo.

Gina would see all of this and then resume conversations with the husband and father tagged in the photos.

Gina gave me the gift I’d been suppressing for 20 years — anger and deep, deserved rage.

Years of denial, forgiveness, ambivalence, and distraction had dulled the receptors in my brain. But Gina brought me back to life. Each new dose of her made me high.

I was now a freed woman. The cage of civility, decorum, and loyalty had been broken wide open into the liberation of a self-righteous cause.

Collecting information for the affair dossier by whatever means necessary was justified. I had to keep the security of our family strong. And so I went on my fact-finding mission, amassing clues and information.

I accessed email accounts, and I harassed my way into his Facebook account — briefly — but long enough to collect piles of evidence. Any time his phone was left unattended, I scrolled through the iPhone call log and took photos of all his text messages to review later. I noted every social media love and like, correlating the timeline with the family’s activities.

The rage fired up my brain — the hits motivated me each day to get out of bed and continue the mission.

As the case file built, I racked up a list of self-righteous comparisons.

And I won every time.

Except now. Now, I’m addicted to this hate.

I looked at her photos repeatedly. Her page became my blankie — I went to it when I needed to be soothed.

To win, you have to know the competition, so I learned all about Gina. And I was reminded of how superior I am to her.

She was the average middle-aged woman: tired eyes, past-due dye job, an extra layer around the middle.

In an effort to hide her aging features, she’d applied a cutesie animal filter to her profile picture that gave her pointy ears on the top of her head, feathered her features, and made her skin appear brighter.

I was convinced I could win against her. What exactly was I winning? A shattered, gorilla-glued together marriage trophy?

Hate was the drug that would make me sacrifice all reason. I was like a junkie with a needle in her arm as her baby crawled around in a urine-soaked diaper.

And, I wasn’t the only one riding a hate-high — so was our 20-year-old daughter. She also saw Gina as competition. She was the woman who took her father away from the family. Our daughter also wanted her family back, and she wanted Gina to pay. So this became her self-righteous battle, too.

The more my husband protected Gina and their intimate world, the more our daughter was driven to demand to understand why.

We bonded over this hate. I was not only an addict but I also became my daughter’s dealer.

When her father finally acquiesced and gave her Gina’s contact information, it was like a dime bag to be shared. The drug was too strong. I didn’t suffer through the discomfort of withdrawal. Misery loves company, but hate demands an ally. I was a user and I wanted a partner, so I took a hit, passed the syringe to my daughter, and then watched as she plunged the needle into her vein.

We sat next to each other on the couch and prepared to enjoy the euphoria together.

I dialed Gina’s number. She didn’t answer. I called her work number because I would not be ignored by a homewrecker.

She answered. I identified myself as my husband’s wife. She was Gina, and I still remained nameless, using the title I’d earned by marriage.

Gina was pissed. She had the nerve to be irate that her lover’s wife would interrupt her workday.

In an angry, near-whisper voice, she said, “I’m not doing this. I’m at work. Don’t ever call here again,” and then hung up.

In a huff, she called my husband to discuss his crazy wife.

They deliberated, and decided, with his blessing, that she would let her benevolence flow and unblock my number to allow for text exchange.

As soon as my iPhone text bubbles appeared in green, I knew I was dealing with someone far beneath my station. But, I also knew I needed this dose of rage to avoid the withdrawal symptoms, so I gratefully accepted the annoying non-blue message blocks.

She started the conversation with, “I have unblocked you for the moment so say what you need to say and move on.”

And then it began. For the next hour, two junkies sat and reveled in the bliss of our rage-high.

This text conversation was a score big enough for an overdose. But, we didn’t OD, we rationed it so we could get a hit when we felt the shakes coming on.

Gina was the tramp we’d made her our to be, and now she was also stupid.

This would be the only communication I’d have with her — the woman who aided the end of my marriage.

Eventually, the drug kills you — or you get clean.

My sobriety began as I looked at the reality of Gina — a newly divorced, hurting, single mother.

She was so consumed by her own agony, that she’d take what little my husband could offer just to ease the pain. She was me, willing to settle for something less than she deserved.

Day by day I carefully titrated the hate. One day without Facebook stalking, then another, until eventually Gina’s name was no longer spoken. As I got clean, so did my daughter because I stopped being her dealer.

Now unimpaired, my self-righteous anger was finally focused on the perpetrator. My husband. He, alone, chose pleasure over integrity.

Step one in recovery is admitting your powerlessness. So, with surrendering acceptance, I moved forward into sobriety — into the truth.

She was just Gina.