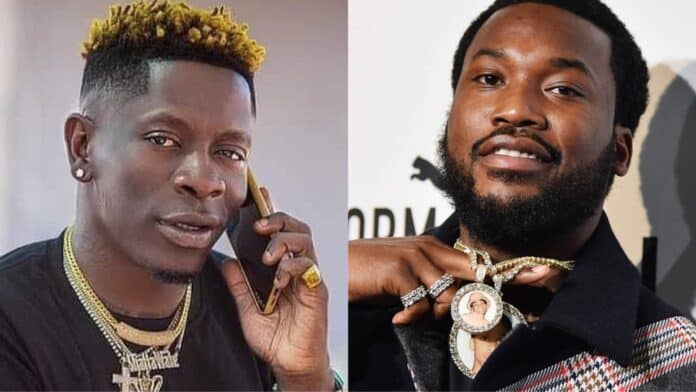 American Rapper, Meek Mill was given the opportunity to shoot a Music video at the Jubilee House during his time in Ghana.

However, most Ghanaians are not happy with the fact that, a security zone like the Jubilee House was reduced to that level.

They took to social media to register their displeasure and also bash the ruling government for such a blander.

According to Shatta, the video is just to aid Ghana Beyond the Return Agenda.

He added that, it’s nothing serious and anyone who is angry about a video shot at the Jubilee House is a villager.

He called on the citizens of Ghana to channel their energy toward something productive that will bring money instead of Meek Mill.