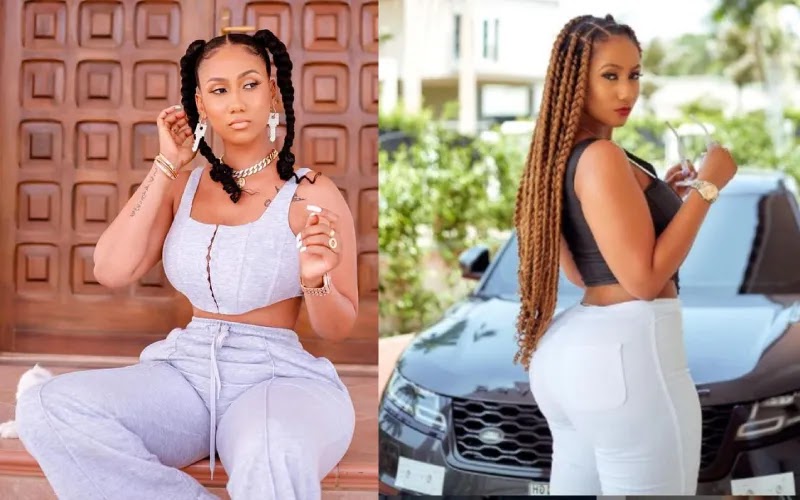 Ghanaian socialite Hajia4real is under attack after trying to advise her fans.

Taking to social media, Hajia4real posted that people should ‘look for the magic in every moment’.

The socialite posted alongside a photo of her dripping in sauce.

Though Hajia4real’s intention was to dish a nugget to her followers, some people, unfortunately, find it offensive.

They claim, Haji4real lacks the moral right to advise anybody on the gram.

They went on to brand her as a ‘big time thief whilst others likened her to Nigerian international scammer Hushpuppi who has been jailed for 11 years in prison in the U.S.

This comes after Hajia4real’s recent arrest in the United Kingdom.

The Ghanaian musician was arrested after an award show in the UK.

According to reports, she was caught in an alleged $ 8 million fraud case – the report added that it was a joint operation between the UK and the United States as Hajia4real was on the U.S Red List.

However, details of the case weren’t confirmed although she was held in the UK for about a week before she was released to return to Ghana.

The musician used the opportunity to release a song titled ‘Appreciate’.

Though the song is not making waves in the media, people are very much interested in stuff like her posts and comments after her UK saga.