Home » Our 60% base pay demand not unreasonable – Organised Labour 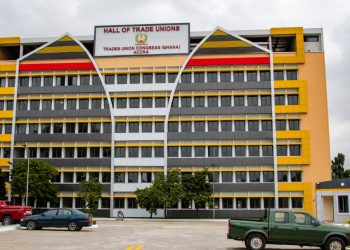 Organised Labour has rejected claims it is being unreasonable with its insistence on a 60 percent increase in base pay for public sector workers.

The government’s negotiation with Organised Labour over a new base pay has been suspended indefinitely after both parties failed to reach a consensus.

While Organised Labour is demanding 60 percent, the government says it can offer only 15 percent.

Many have accused the labour unions of being insensitive considering the current economic situation, but the Secretary General of the Trades Union Congress, Dr. Yaw Baah thinks otherwise.

“We are not being inconsiderate, we are in a crisis and public sector workers are the ones providing services for over 30 million Ghanaians.”

“We do not think we are being unreasonable at all. We want to motivate these people who are working so hard to continue working so hard. That is the only way we can recover.”

Organised labour is demanding a 60% increase in the base on the single spine salary structure to compensate workers for an unstable economic climate and high inflation.