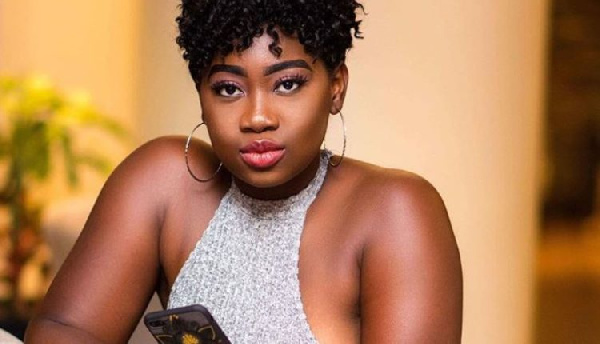 Amateur Ghanaian actress and socialite Shugatiti has caused a stir on social media. Of course, Shugatiti makes headlines often for one reason – to go raunchy and show skin.

And how much she willingly shows or the extent to which she flaunts her body is amazing. So once again, Shugatiti has sent social media talking after sharing one of her naughty videos.

She is seen in lingerie with two other ladies in a pool doing serious stuff. Their actions have stirred massive reactions as fans drag her and drop some dirty secrets about her.

It has been revealed that Shugatiti is allegedly interested in girls. According to reports, she once disclosed on her snap that she eats girls.

Other social media users reacting to the video rather pitied those who eat at Shugatiti’s restaurant. According to them, they can’t imagine the things Shugatiti could be mixing in her foods.

Adding to that, another person alleged that she could be using ‘kaye‘ in her restaurant.

Check out the screenshots below;