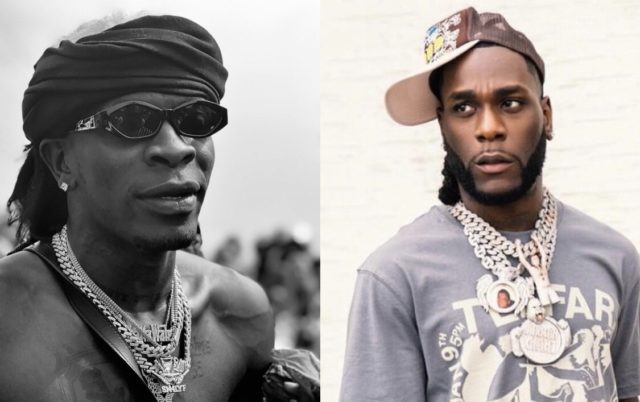 Shatta Wale has been accused by a fan of attempting to copy the style of Burnaboy in his recently revealed single, ‘Cash Out’.

According to this keen-eyed netizen, Shatta is trying to attain success by copying the style of Burnaboy, who for a while had arguably the biggest hit in the world, ‘Last Last’.

Wale’s ‘Cash Out’ single has been making waves on social media since being released, with many fans praising him for dropping a killer tune for once.

However, one particular fan remained unimpressed.

“Gbenabu is trying to copy Burnaboy’s style oo eiii. His new song ‘Cash Out’ no as3 Burnaboy nwom last last no p3p33p3,” the netizen wrote.

It’s an interesting observation, which appears to have some silver of truth in it.

Remember, Wale attacked Burnaboy in one of his senseless beefs and angered the Nigerian.

Hence, as Burna is currently ruling the world, Wale tried to make a U-turn and reconcile with Burna but he had no interest in Wale.

Ironically, it seems Gbee Naabua has agreed the only way to save his career is to mimic the man he beefed it – small world!