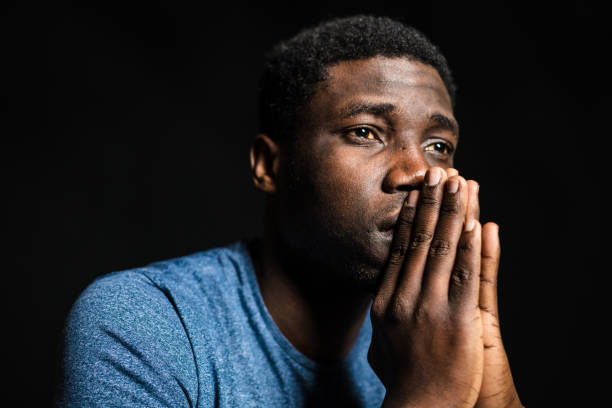 A man has decided to run for help on social media after he found himself in an uncomfortable situation where he is being forced to choose between his mother and his wife.

Read his full story below;

My home has always been bad financially. Sometimes even food to eat becomes a problem. My mother struggled to feed us because my father was a womanizer and never cared about us. Mom really tried for us. I used to hawk ice kenkey after school daily. I met Yaa in SHS and somehow she took an interest in me despite me being totally broke. She supported me financially, bought me a bicycle, paid my school fees and gave me weekly stipend. We were just friends then. I was in love with another girl but she didn’t have eyes for me.

After SHS, Yaa applied to 3 universities for me and I got admission. She paid my fees and hostel fees, bought me a phone, provisions and everything I will need for school. I was still getting a weekly allowance from her. Before leaving for school, I proposed to her and she accepted. I completed uni 4 years later thanks to her. I was the only one in my entire family to ever complete uni. While in uni, I cheated on her with three ladies but she never found out. She trusted me with her life. She helped me secure a room for NSS. Even though I was getting NSS allowance, she still provided everything I needed. After NSS, she linked me up to her uncle and I got a job right away.

She rented a big chamber and hall self-contained for me and we went shopping to decorate the place. She still took care of me. I was working but truth be told I never paid rent, water or electric bills. My fridge and kitchen was always full and my room tidy. I never even bought toiletries. Even though I was with her, I messed up a few times but she never found out. I invested all the money I made into my family. I opened a shop for my mom, set my older siblings up and paid the fees of my younger sister. A few years later my mother started giving me pressure to get married so I asked Yaa to marry me which she gladly accepted.

She decided to pay for everything related to the wedding except the things on the engagement list. To make it easy for me, she told me she doesn’t need a million dollar ring, just something okay, perhaps nobody will know. It was at that time that I realized I have never bought a present for her in over 12 years. She wanted a small wedding but as the only children of her super wealthy parents, even the small wedding was extravagant. An entire hotel was booked for a week for the celebrations. My own family was so proud because no one in the family have brought that grace to the family before. My family did not contribute a cent to the wedding yet invited all their friends to show off. Her family is super nice and friendly and accepted me and even spoilt me.

Things changed after the wedding. She suddenly stopped supporting me. She changed her MOMO pin and bank account pin. She still took care of the house and won’t take money from me but she won’t also give me any. I tried to investigate and found out that an incident happened at the wedding which upset her mom. I found out that after the engagement ceremony, my mom asked her mom to give her the rest of the packages given to the guest because she had some guest who didn’t show up to the ceremony and she would like to go give it to them at home. My mom packed all the remaining packages and even the rest of the drinks, food and water into a car and went with it. Yaa’s family was very shocked at that because my family never assisted to buy any of the packages.

Also during the wedding ceremony, my mom thought people were ordering too much food and drinks so she went to supervise the caterers herself. She said any remaining food can be sent home and not wasted. I was told Yaa’s mother went to get a bottle of water but my mom told her that people are wasting the medium size bottle water so she has instructed that only pure water should be served and only to those she is certain have not been already served. Yaa’s mom was refused the water. My bestman who has been my friend since childhood saw what’s going on and immediately went out to buy water for Yaa’s mom but she rejected the water and refused to eat anything or drink anything at the wedding. The food and water for the wedding was sponsored by Yaa’s aunt.

Yaa’s mom was so upset she didn’t show up for the after wedding party on Sunday afternoon. I don’t know the conversation she had with her daughter but I suspected these lead to the change of her daughter’s behaviour.
Even though she was not giving me access to her money, home life was good and we were happy. My wife got pregnant right away which lighten up the mood of my MIL. On the other side, my mother and older brother started giving me wild requests. Money, money, money money. I was trying for them but they kept demanding and when I complain they only say what’s the use of marrying a rich wife if I can’t ask her for money. When the money was not coming as she expected, she started asking my wife directly. My wife told her that she is having some financial issues so she is low now. That is when my family started to insult my wife.

They claim as a doctor she is rich on her own. My mom called my wife useless and said she only married me to spend my money. The pressure from my family got so bad as my wife got heavy with the pregnancy that I had no option but to call a rich friend form uni who was interested in me. I had an affair with her for two months before my wife found out. I apologized and told her it was for the money. My wife told me that after the behaviour of my family during the wedding, some of her friends and family told her I married her for money. To prove them wrong, she decided to withdraw certain favours but still provide the basic home necessities. Her father has wedding present for me but they decided to wait for a year to prove my love was genuine. She said she believed in me and I betrayed her. It sounded like a joke but my calm wife just suddenly kicked me out of the house and refused to talk to me. She was 9 months pregnant by then. It has been over a month now and I have not heard from her. I found out my wife gave birth to a baby boy from our mutual friends. I have never seen my son before. My mother and older siblings wants me to sue my wife for kidnapping my son and seek compensation.

She can keep the child as long as she pays us monthly. My father said he doenst care. My best friend and best man said I messed up and I should apologize. I don’t know what to do. My mother is giving me headache with taking my wife to court and getting half of everything she has. All they do at home is watch TV and waste water and ask me to pay for everything. My mom really suffered for me and I can’t disappoint her but I do I take a rich man’s daughter to court and win?