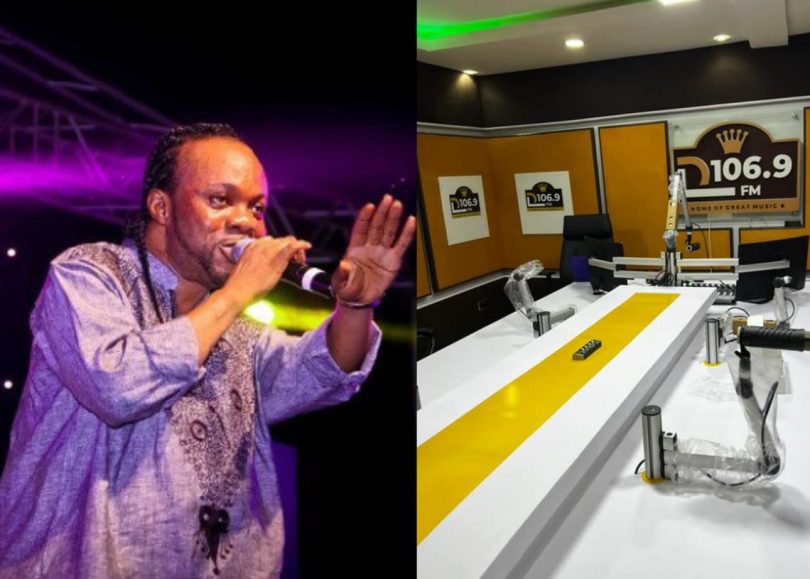 Daddy Lumba has launched his radio station, DLFM106.9, and according to sources, it is located at East Legon in Accra.

The celebrated musician took to his Facebook page to make the announcement with photos of the newly opened studio and information about programming.

It is not clear whether he is the sole financier of the media company or he is just a front and the station belongs to an angel investor.

However, it will not be the first time a musician has built a radio station as his contemporary, Kojo Antwi, owns an Accra-based radio station, Breeze FM likewise Dblack who recently opened an online radio station called Enjoyment Radio.

Daddy Lumba, born September 29th, 1964, was the first Ghanaian solo artiste to be awarded Artist of the Year at the Ghana Music Awards.

The soulful musician has released over 30 albums in his career which spans over 3 decades.

Check out the photos below.