Home » Thinking Of an Affair? – Selena Gomez and Tyga Spotted Together at Popular L.A. Club 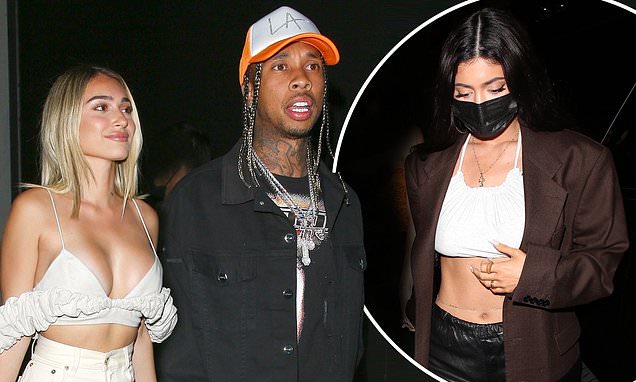 Selena Gomez and Tyga look to be close, spending time together in the early hours of the morning at a celebrity hangout.

The couple were leaving The Nice Guy in West Hollywood on Wednesday morning.

According to sources, Selena left the back door and Tyga the front around 2:30 am.

Further claims say Selena arrived at the restaurant just before midnight, and Tyga was already inside.

Also, security didn’t appear to let anyone else enter the club once they were both together.

They were obviously allowed to stay following the 2 am closing hour.

It’s unclear what’s going on between Selena and Tyga, but the match is intriguing.

Selena has not been known to date anyone publicly for a long time, even though she was last spotted planting a kiss on Rema’s cheek.

Interestingly enough, Tyga celebrated Selena’s 30th with her and friends at a party last month.

A source close to Selena says they’re not dating.

Apparently, they went to see different individuals, and their groups ended up hanging out inside together.