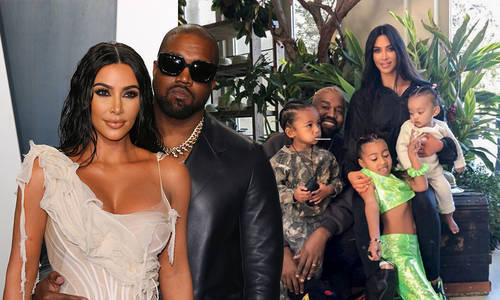 Kim and Kanye had a trial-setting conference Friday in L.A. as part of their divorce.

The rapper’s current divorce lawyer, Samantha Spector, had previously asked the judge to relieve her as counsel.

Samantha stated that her connection with Kanye was irreparably destroyed, although she did not elaborate.

She had a date scheduled for next week to officially withdraw.

However, the court approved her plea on Friday, leaving Kanye without representation again.

The court stated unequivocally that until Kanye gets off the couch and files his financial disclosures to address the remaining concerns, the matter will proceed to trial in December.

In all probability, when the case comes before the judge in December, Kim will get whatever she wants.

Kim received a divorce decree in March, making her legally single, but there are still a few matters to address, including custody and property, which the judge is now dealing with.

Sources close to Kim and Kanye claim they’re getting along, as seen by their children’s athletic activities and family reunions, but it’s been a roller coaster ride.

Kim posted a series of pics of herself, Chicago and North all posing in Yeezy sunglasses Thursday night with the caption, “YR 3022 YEEZY SHDZ.”

Fans now think it’s proof that things are going well between her and Ye.