Home » Barker-Vormawor committed to trial for treason and treason felony 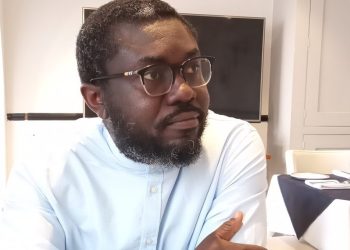 The convener of the political pressure group, #FixTheCountry movement, Oliver Mawuse Barker-Vormawor will from September 1, 2022, stand trial for treason and treason felony at the High Court.

This follows his committal by the Ashiaman District Court, presided over by Mrs. Eleanor Kakra Barnes Botwe.

Mr. Barker-Vormawor was picked up on Friday, 11 February 2022, at the Kotoka International Airport when he arrived in the country from the United Kingdom.

He was charged based on his social media posts, which police investigators said: “contained a clear statement of intent with a possible will to execute a coup in his declaration of intent to subvert the constitution of the Republic”.

Lead Counsel for Mr. Barker-Vormawor, Justice Srem-Sai took issue with the Bill of Indictment describing it as offensive to the legal rules of duplicity and multiplicity.

“The particulars of the count allege both high treason and treason felony, and we don’t know which one we’re being charged with,” he lamented.

Mr. Srem-Sai told the District Could that by the nature of the charges, they are “unable to determine whether there is any need for a defence.