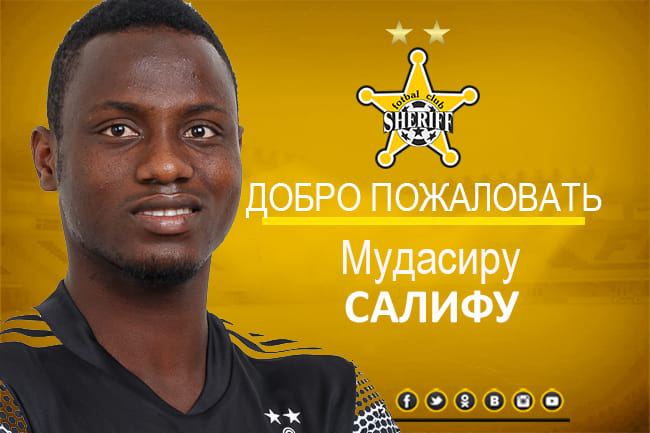 Tiraspol were impressed with the midfielder following a month’s trial with the club and signed him on a permanent basis.

Following an agreement with Kotoko and the player passing a mandatory medical examination, the club have now announced Salifu as their new player.

The 25-year was a key member of the Kumasi Asante Kotoko team that won the 2021/2022 Ghana Premier League title.

“Ghana’s 2022 champion midfielder Mudasiru Salifu has successfully passed a medical check up and signed a personal contract with Sheriff FC, thus becoming a full member of our friendly club,” Sheriff posted on Facebook.

“FC Sheriff staff is pleased to welcome Mudasira Salifu and wishes him success in our club’s yellow and black shirt.”

He scored two goals in 28 appearances for the Porcupine Warriors last season.