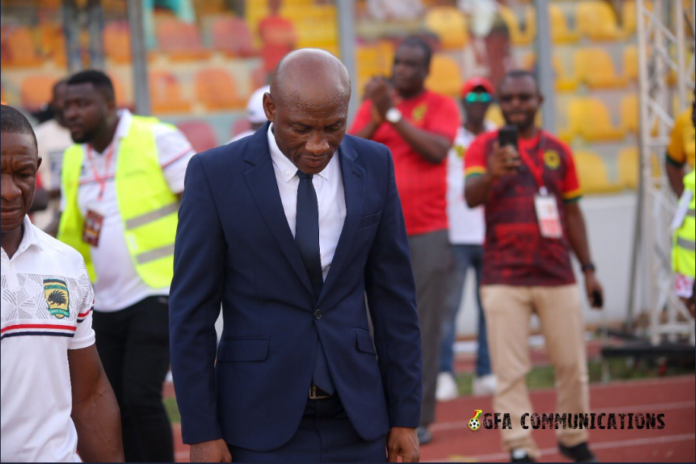 Asante Kotoko head coach Prosper Narteh Ogum has resigned from his position according to multiple reports.

The former WAFA head coach communicated his decision to the club during a meeting between the management of the club and the technical team.

He was appointed ahead of the 2021/2022 Ghana Premier League season and led the team to their first league title since the 2013/2014 season.

Winning the league also means that Asante Kotoko have now qualified to participate in next season’s CAF Champions League.