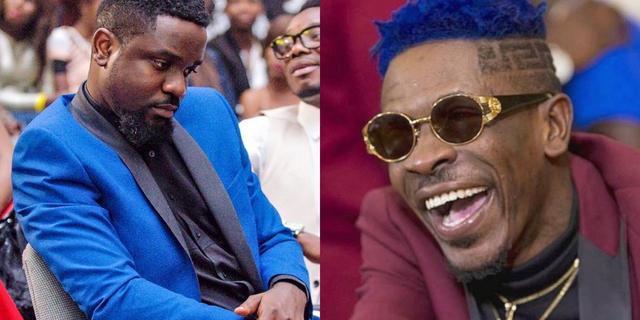 Sarkodie says Shatta Wale is too unpredictable, you never really know what he is up to. That is because even when they talk on the phone today, the next morning Shatta Wale can be on the radio attacking him.

This, Sarkodie says makes Shatta Wale just crazy. He just wakes up and creates so many controversies, even he(Sarkodie) has lost count of them. Though he sometimes gets mad at Shatta Wale, he feels Shatta is just not understandable.

However, on the good side, Sarkodie said Shatta Wale brought energy and attention to the Ghanaian music industry. This, he commends the dancehall crooner for.