Home » Travelling With Technology – Some Tips From Master 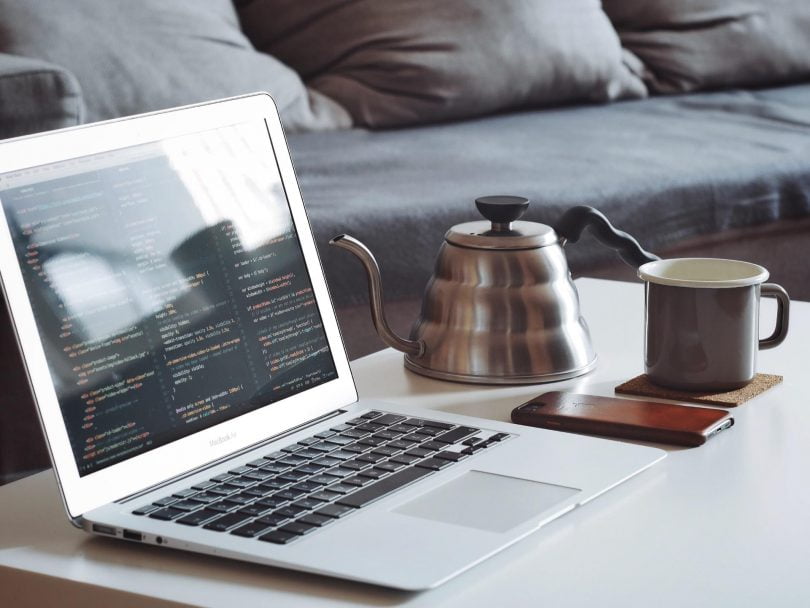 Wondering what to take on the road when it comes to electronics? You’re not the only one. Long gone are the days where a cassette player and film camera were the height of travel gadgetry. Walking into a hostel common room now, you’d be forgiven for thinking you had accidentally stumbled into the local electronics store. You’re likely to be surrounded by laptops and tablets, smartphones and DSLRs, and more softly glowing Apple logos than you can shake a stick at.

Often unsure of what they really need, people end up carrying a lot more tech gear on the road than they should. After several years of travel and working online though, I’ve figured out what works, what doesn’t, and what you really need.

In this post, I’ll outline the best travel gear you’ll need to help you make the most out of your next trip abroad.

With the disappearance of Internet cafes and the prevalence of free Wi-Fi in locations all around the world, a laptop is definitely worth considering for your next trip. It’s the easiest method of staying in touch, backing up photos, and passing the time on those long flights or bus rides

I use mine to work from the road, so I went for something relatively powerful, but for more typical use, a thin and light laptop like an Ultrabook (e.g., Dell XPS 13) or a Macbook Air can provide everything you need at a lower weight and (potentially) cost.

Things that matter include:

If I didn’t work online, I’d ditch the laptop and carry a tablet instead. Smaller, lighter, cheaper, and with better battery life than a laptop, the most well-known example is Apple’s famous iPad (mini or full-size).

While either of those will do the job for a traveler, the best value for money at the moment is in the Android range. A Samsung Galaxy Tab S4 would be my recommendation.

There’s a lot to be said for choosing a tablet if your main use is consumption (i.e., reading web pages, books, and emails, or watching movies) rather than creation (writing, editing video, etc.). Again, choose one with plenty of storage (either built-in or via microSD card).

To back up your photos, both Apple and Android devices let you plug in an external SD card reader, so pick one of those up as well.

If you have absolutely no other choice, you can also use the camera on your tablet to get that must-have shot. Just be aware you’ll look rather silly doing so.

I carry a Samsung Galaxy S2. It has rapidly become an indispensable piece of travel technology, with all of my music, photos, apps, and entertainment stored on the microSD card, and it was both cheaper and easier to customize than the iPhone I used to use.

I made sure to buy the unlocked version of my phone, meaning that I can use a pre-paid SIM card anywhere in the world and take advantage of much cheaper calling and data rates. Your mobile company at home will charge incredibly high rates if you use your normal number overseas, making roaming calls and data prohibitively expensive for most travelers.

Switching to a local cell company when you arrive in a country can save you a small fortune. I personally know people who accidentally left data enabled when on vacation for a week and came home to a bill of several thousand dollars. If you can’t unlock your phone and absolutely have to use it while traveling, at least turn the data connection off to lessen the pain.

I use dozens of travel apps, but three of the best are:

I resisted buying an e-book reader for a long time. I’m a physical book kind of guy. But now that I’ve made the leap to a Kindle, I’m very pleased with it.

It’s incredibly small and light, more so than even a little paperback, and can store hundreds of books, travel guides, and whatever else I might need. I picked up the Kindle Paperwhite 3G, which costs more than the Wi-Fi-only version, but the ability to download new books from anywhere with cell phone coverage is invaluable.

Many e-readers now include web browsers and the ability to download apps, making them more of a cross between a tablet and an e-reader. These versions usually aren’t as great to read on though as there is much more screen glare.

I considered a tablet instead of an e-reader, but for reading on the road there was really no contest. The Kindle is cheaper, smaller, and lighter. The battery life is measured in weeks rather than hours, the screen is so much better in sunlight, and I can happily lie on the beach without worrying about it.

Thanks to a cheap case I bought off eBay, it looks like a plain notebook if I need to pull it out on the street to check directions. There’s no way I’d even think of doing that with any tablet. I’d be far too much of a target.

I worked in IT when I wasn’t traveling, so data backup has long been a concern of mine. I just know too many travelers who have lost irreplaceable data due to hard drive failures and theft, among other reasons. Do you want to lose every single photo from your US road trip, your cruise on Ha Long Bay, and everywhere else you’ve been? Probably not.

I copy photos to my laptop each night, then use Crashplan to do the rest. For a few bucks a month it automatically manages backups to both online storage and a portable hard drive that I keep in my pack, all without me having to think about it.

Before splashing out on that subscription I backed everything up manually but found that I was forgetting to do it too often for my liking.

Although I use a Seagate portable drive and it works fine, I’d be looking at the ruggedTranscend version if I were buying a new one.

For the small amount of hassle involved, the peace of mind is more than worth it. Don’t risk losing all of your digital memories!

Other than the chargers and cables that always seem to tie themselves in knots overnight, the only other gadget I put in my pack are a universal power adapter and a small power bar. That way, I can safely charge my devices all at the same time.

They take up very little room in my bag yet are worth their weight in gold every time I get to a dorm room with one power socket for the 12 people staying in it. I plug all of my devices into the power bar, connect it to the wall socket via my universal adapter, and I’m done. Easy peasy.

Choosing the right gear to travel with doesn’t have to be a daunting task. Making a few smart choices and limiting yourself to what you truly need will give you all of the benefits that technology can bring while avoiding most of the downsides. Spend a bit of time and money getting it right before you leave — trust me, it will save an awful lot of frustration once you’re out there on the road.