A few weeks ago, the Ghanaian singer announced he will be performing in various European cities in the second quarter of 2022. According to a calendar he released, he will kick off the tour on Saturday 30th April – Bellevilloise (Paris, France).

He was expected to continue to Luxor (Cologne, Germany) for a show booked to happen on Tuesday 3rd May with another set to come off on Wednesday 4th May 2022 at Oyoun (Berlin, Germany). 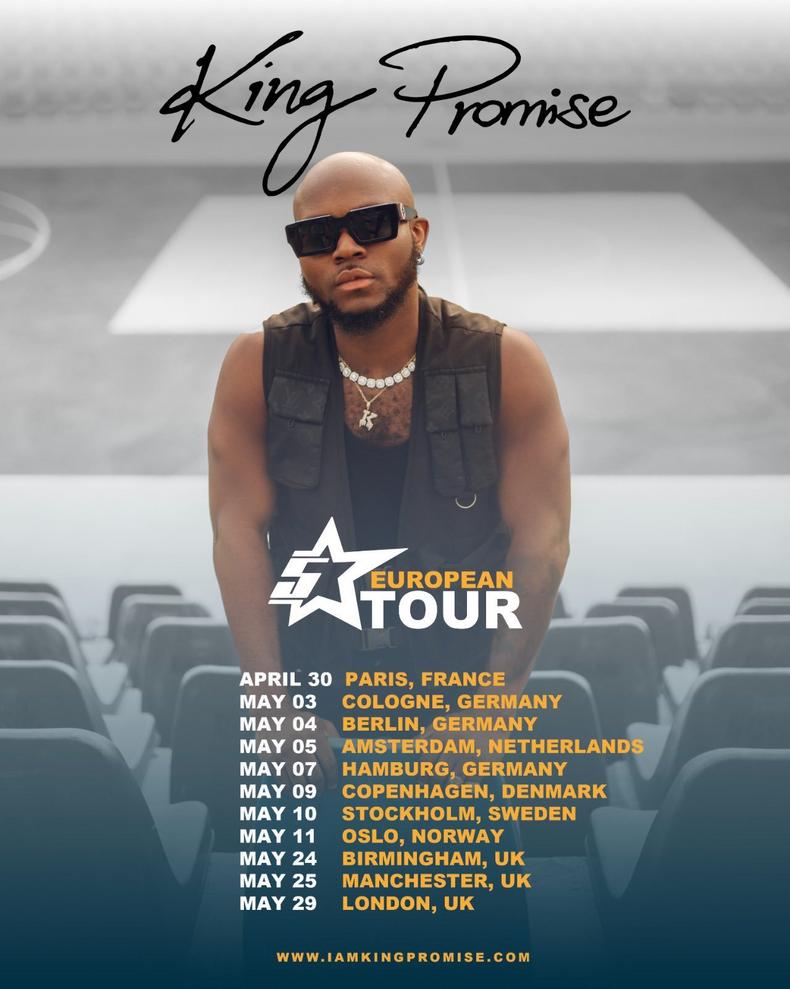 However, all these tour dates have now been cancelled, including a show he was supposed to stage on Thursday 5th May at Melkweg (Netherlands, Amsterdam) and Saturday 7th May at Waagenbau (Hamburg, Germany).

Announcing the cancellation of the tour, he said “due to the release date of my project being pushed back, we have taken the decision to also move the tour dates. This has been a difficult decision to make but I want you to be able to enjoy my new music with me in person.

In a press statement shared across his social media pages, he added that “The new dates will be announced soon, and all tickets will remain valid. In the meantime, thank you for being patient with me and I can’t wait to see you soon”

See his post below which he captioned “hey guys, new dates soon. Sorry & Thank you“.