Home » Baba Rahman could miss Nigeria game due to injury 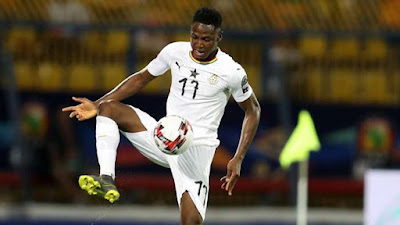 Ghana defender Abdul Baba Rahman is a doubt for the final play-offs of the 2022 FIFA World Cup qualifiers against Nigeria later this month.

The 27-year-old sustained a thigh injury during Reading’s 3-2 win over Preston North End in the Championship on February 19 this year.

He has since been sidelined and was not in action for the Royals as they lost 1-0 to Millwall on Saturday.

Despite the injury, the Chelsea loanee is expected to be named in Otto Addo’s squad for the crucial doubleheader.

The first leg will take place at the Cape Coast Stadium on March 25 whereas the second leg takes place at the Moshood Abiola National Stadium in Abuja on March 29.

The winner of the tie will represent the continent at the World football showpiece which is scheduled to take place from November 21 to December 18, 2022, in Qatar.

Rahman has 41 appearances for the Black Stars and scored one goal in the process.