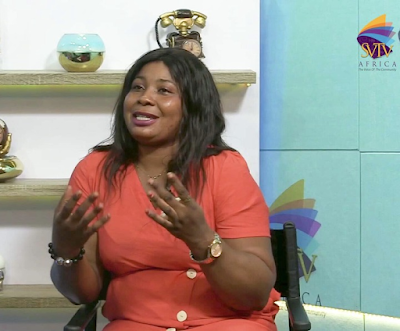 Radio and TV owner Obaapa Yaa Tiwaa announced that her husband was not divorced and had married another woman.

In an interview with SVTV Africa, Yaa Tiwaa explained that the separation was due to marital issues, but her husband refused to give up. She told her pastor that her husband no longer had feelings for her. Additionally, the same pastor who blessed the couple’s marriage 10 years ago learned of their marriage and blessed the new marriage.

“By the grace of God, I’m married now, but by law, he’s still my husband. When they got married, I asked the pastor why they blessed the marriage, knowing that we weren’t divorced. He said he forgot. So I spoke to the lawyer,” he said.

Regarding the reason for separation from T, she said, “My husband’s attitude has changed. “Sometimes I ask my wife to send me pictures.”

“Before breaking up, I had a problem and I went to see the pastor. He told her in front of him that he no longer loved me. He used to put other women in his profile picture, but what kept me away from our marriage was when he sent me pictures of five Legon women asking me to pick one,” he added.