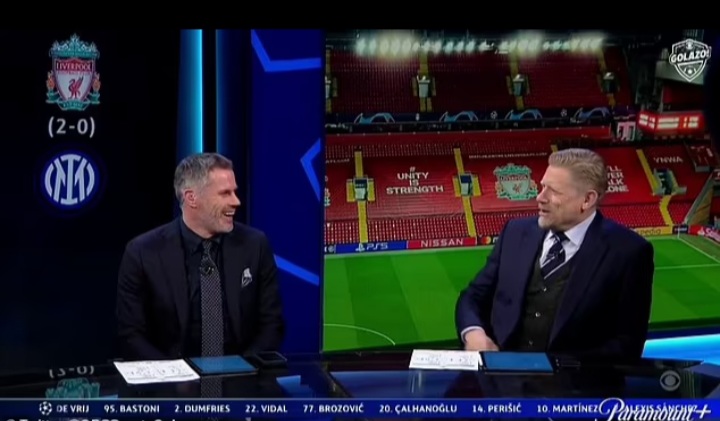 Schmeichel was asked by Richards: ‘Peter, do you honestly believe that Manchester United can win the Champions League? Be honest with me now, no messing around.’

After a long pause, he replied emphatically: ‘Yes. What kind of a question is that?’

Following a big laugh from the studio, which also included Henry, Carragher responded: ‘What kind of an answer is that?!’

United made it through the group stage by finishing top of Group F, despite only winning half of their matches against Villarreal, Young Boys and Atalanta.

They have struggled to even pick up results in the Premier League since, but will be hoping they can make something of the season, with the Champions League being their last shot at a trophy.