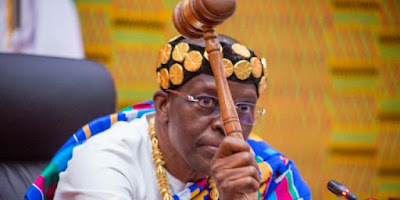 “I will be forced to hire a marshal to arrest and deport the people,” he warned at the start of the proceedings on Wednesday, February 23, 2022.

“Parliament is not a place for ridicule. It’s a place for trade, serious national affairs.”

“This is a different kind of parliament. We must be prepared for change in order to make people’s decisions and work together,” Bagbin added. He added that the situation had offended him and asked some deputies to remain silent about his warning.

The chairman also criticized first vice-chairman Joseph Osei-Owusu for rejecting a proposal to set up a two-party committee to review government spending on Covid-19.

He said Mr Osei-Owus’s decision to annul him in the case was unconstitutional.