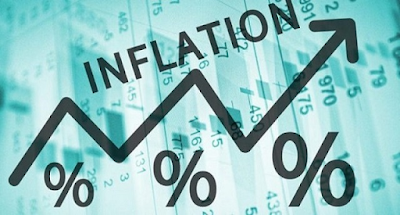 The Institute of Economics Affairs (IEA) has advised the Bank of Ghana (BoG) to engage and seek a comprehensive approach to dealing with inflation.

The research institute highlighted the need for the central bank to adopt a collaborative approach with stakeholders to consider other frameworks in addition to the demand-focused Inflation Targeting (IT) framework to manage persistent inflation that has over the years been driven by entrenched supply and demand influences.

“Food price, fuel price and exchange rate volatilities have been persistent drivers of inflation but are not easily amenable to IT. Further, IT has been equally inhibited in dealing with demand pressures that are driven largely by an enduring fiscal deficit bias,” said Dr John K. Kwakye, Director of Research, IEA.

He was speaking at a roundtable meeting on the topic, “Making monetary policy in Ghana More Fit for Purpose. ”

The platform was to promote discourse on how to make monetary policy more effective in lowering interest rates and sustaining prices to create employment and promote growth.

In addressing cost or supply undercurrents of inflation, Dr Kwakye said stemming the volatilities of food prices would require the scaling up of production and ensuring that food produce reached markets on a timely basis.

He also advised that taxes and levies on fuel be streamlined to reduce effect on ex-pump prices while recommending a concerted effort to bridge supply-demand gap through “appropriate export-boosting and import rationalisation policies.”

Dr Kwakye stressed that a permanent solution to the fiscal deficit bias was needed to streamline expenditure and scale up of revenue, which also means plugging of tax loopholes and wastages.

“The fiscal deficit bias in Ghana must be addressed head on so that it does not remain a macroeconomically-destabilising albatross around the country’s neck,” he emphasised.

Persistent inflation; high cost of monetary policy; banks inefficiencies and high operational costs; high borrower risks; government incessant borrowing; and high bank taxes, he noted, had spiralled the country’s lending rate out of control as compared to other countries in the middle-income bracket.

“BoG has a duty in ensuring a more effective way of controlling inflation so that monetary policy itself does not fuel lending rates. BoG must strengthen safety nets for borrowers, including through identification and credit worthiness schemes,” he said.

The banks must improve their operational efficiency, reduce their costs of operations through the modernisation of their processes and systems and “through strategic company focus and foresight planning, so that these do not feed into lending rates.”

“Meanwhile, the Government must restrain its borrowing to reduce pressure on lending rates by addressing the budget deficit bias. Government must also ensure that banks’ taxes are not out of proportion or inordinate so that they do not overly overburden them and thereby fuel lending rates.”

Mr Theodore Markham, a Senior Fellow at IEA, said the country’s monetary policy must reflect the import dependent nature of the economy, which had a bearing on the cedi depreciation.

Also, interest rate, if not well managed, he said, had a tendency of making Ghanaian manufacturers and exporters less competitive under AfCFTA.

“If you are an industrialist and you need to export, and you borrow money at a rate of 20 per cent, while your external competitor could borrow the same amount of money at five per cent then you are already out of the market,” he said.

Government has a target of achieving 8.0 per cent inflation rate by the end of the year.