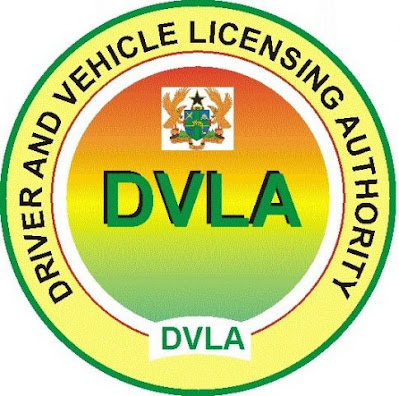 Reports emerging from all corners of the operational jurisdiction of the Driver and Vehicle Authority, the DVLA, reveals of some form of rancour among clients of the Authority.

There has been calls by clients of the Authority on social media and through some traditional media sources that, authorities at the DVLA over a whole year, have refused to print and issue out driver’s Licenses to them even though they have duly paid for it.

Clients have therefore threatened to heed to the law courts if they do not have access to their licenses after two weeks.

Clients who seek to acquire driver’s licenses go through the stress of purchase and completion of forms F and F1, physical examinations and eye tests including compulsory 48-hour training with DVLA accredited driving schools however after waiting for over a year, the DVLA is yet to satisfy it side of the bargain.

Clients who go for regular or normal service are expected to be issued with new driver’s licenses within a period of three months however, they (clients) have to wait over and are still left frustrated without their licenses.

Under premium service, the story is the same. clients are expected to be issued licenses within a period of two weeks however after waiting for over a year, they are still left without the licenses even though they paid extra fees.

In Tamale for office for example, our independent check revealed the situation is worst as clients have become emboldened with some form of monopoly.

Some clients are openly seen misbehaving towards DVLA officials there.

Meanwhile some officials of the Driver and Vehicle Licensing Authority have insisted, describing the excuse as being peddled around that, lack of supply of laminate to the authority is cause of the problem.

Those who spoke to us on conditions of anonymity alleged that, “the issue of lack of availability or supply of laminate could not have caused what is happening” they said and further revealed that, the authority have been mandated to frequently procure laminate and other related materials for the smooth and early issuance of licenses.

They wonder why their headquarters will be adamant over the development leaving various offices in states of confusion and embarrassment.

According to them, under the services of the authority as stipulated by law, deadlines are supposed to be met regarding the issuance of driver’s licenses. They claim that, “for some form of sabotage or procurement ineffectiveness…. this development would have been avoided” they allege. “

The DVLA claims that, the confusion has to do with lack of supply of laminate to the Authority however would not comeforth with additional information.

In a swift rebuttal, officials across the country have disagreed. “that cannot be true” one said with anger and further stated that, officials are not happy with the development and that, “this may lead to a strike action soon” she told Daily Analyst in a conversation at press time.

What we have again gathered is that, even though officials continuous call for the issue to be addressed, the DVLA headquarters is adamant over the matter as if it is not their responsibility to deal with it.

Officials also alleged that, the citing of various offices and the provision of specific services have now been made political, they alleged.

For example, our fact finding revealed that, clients in the Oti region have to travel all the way to Hohoe, Ho, Accra and in some cases, Tamale to have access to services.

Some of these offices are not mandated to License Vehicles making it difficult for clients to transact business with the Authority with ease.

Hohoe office of the DVLA for example does not register Vehicles making clients within that catchment area up to the Oti region to travel to Ho, Denu, Accra and in some cases, Tamale to be able to register their vehicles.

The story is the same regarding replacement of lost licenses. Similar frustrations are witnessed across the country.

After clients going through very frustrating procedures; document search, filling of appropriate forms, authentication of driver’s licenses among others they still have to wait for over a year to have access to their licenses.

Aside of revealing lack of laminate is cause of what’s happening now, the DVLA is not willing to speak on this rather unfortunate development.