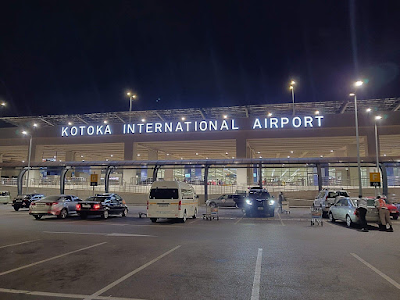 In this edition some of the topical aviation industry stories between 17th and 22nd January 2022 which are of relevance to Ghana’s aviation space are summarized as follows:

An updated COVID-19 protocol for arriving Ghanaians and other foreigners resident in Ghana now provides an alternative for unvaccinated or partial vaccinated travellers. Per the changes, travellers will have to take the jab on arrival or undergo a mandatory 7 days quarantine at travellers’ own cost.

RwandAir has resumed passenger operations to Dubai as of 20th January 2022. However, passengers from selected destinations in its route network which includes Accra, Ghana will be allowed to book flights via its hub in Kigali.

As part of its 45th-anniversary celebrations, Kenya Airways is offering its customers up to a 45% discount when they purchase tickets between 21st and 23rd January 2022 to any destination it operates. The offer is valid for travel until November 30, 2022.

South African Airways has announced a resumption of flight operations on the Johannesburg – Durban route with 3x daily operation starting in 4th March 2022. By this, its passengers across its current operational routes can now make a single ticket booking from their destination to Durban.

EgyptAir on 22nd January 2022 operated the first eco-friendly passenger service in Africa from Cairo to Paris. The operation saw the airline replacing some of its plastic products with eco-friendly materials to help create awareness about climate change and also its agenda to embrace an eco-friendly operation by 2030.

PassionAir’s operational data for December 2021 has revealed that the airline operated 697 flights over the period. Delayed flights and on-time flights were 60 and 637 respectively.

KLM says its customers travelling to its hub and hoping to stay in Amsterdam can now book their flights in addition to train service to transport them from the airport to Amsterdam Central Station. The train service which will be operated by NS Dutch Railway can be booked on the Car Trawler booking platform.

Over the week major global airlines operating to/from US airports were forced to cancel their flights due to the rollout of the 5G service by leading telecommunication companies in the US. The general concerns about the rollout had to do with the possible threat the rollout poses to the safety of flight operations.

For Qatar Airways, it announced that it will continue to serve all destinations it operates to the US.

Unlike Qatar, Emirates first announced a suspension of operations to US airports and made a U-turn on the decision after the telecommunication players agreed to limit the rollout around the airports.

A350 Dispute between Qatar Airways and Airbus Takes a Twist

The dispute between Qatar Airways and Airbus over safety concerns of the A350 aircraft has been taken to a new level. Qatar which argues that 21 of such aircraft in its fleet have been grounded, has released video evidence to argue its case.