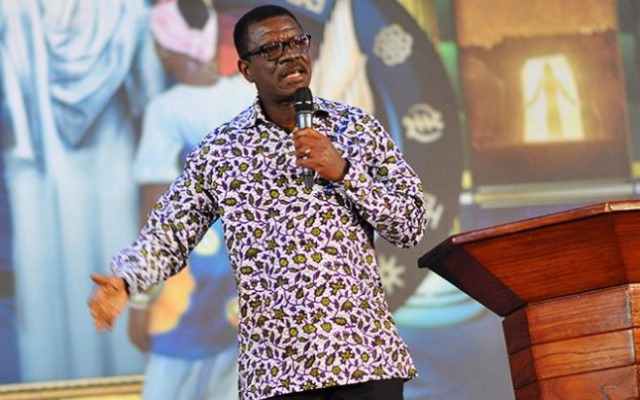 The General Overseer of the International Central Gospel Church, (ICGC) Pastor Mensah Otabil has bemoaned what he calls lack of decency in public discourse in Ghana.

According to him, most Ghanaians have neglected intelligence, sincerity and honesty in their analysis of national issues, a trend he said is ruining the country.

Speaking at a public lecture to commemorate the centenary celebration of William Ofori Attah, a member of the big six, Pastor Otabil opined that Ghana as a nation has stopped thinking and focusing on addressing its developmental needs.

He added that Ghana is heading to disaster if the current trend is not reversed quickly.

“We have allowed our parochial, ethnic and political biases to arrest our conscience and the sense of decency. We have pushed intelligent, sincere and honest exchanges on national development beyond the boundaries of reason”.

“It is just scary watching a nation run itself into the ground. In today’s Ghana, it is impossible to raise and discuss any issue of value without it being painted in political colors. We denigrate ideas without considering their merit. We drag useful proposals into the gutters and wreak mischief into any proposal that does not emanate from our side of the political divide”.

“Ghana has stopped thinking; we talk loudly and think very little. This is a noisy nation with no clarity, so much heat but no light”.

Pastor Mensah Otabil did not spare media and its contribution to the culture of insults among politicians.

He said the media is being used as a channel for political parties to trade insults among themselves for no just reason.

“Today our media landscape has the appearance of a warzone; in the media anonymous snipers callously shoot down their human targets. Character assassins take on contracts to eliminate opponents with innuendos, rumors and outright lies”.

“Rapids rounds of insults are fired across political lines without care for the youth which we all claim are the future generation of this nation. Profanity drops like bombs on us without any prior warning and I think it is time to stop this insanity, let’s call a time out, take a deep breath and think”.